Even as a child I never really played with paper dolls – I had lots of real dolls with lots of clothes for them, and I would make up my own little clothes for them as well (with varying levels of taste). However, the other day I was wandering on the internet and found a digital paper doll website – and there were a number of Steampunk dolls too!  I was excited to see how different things might work together, and so made up a few of the different dolls. 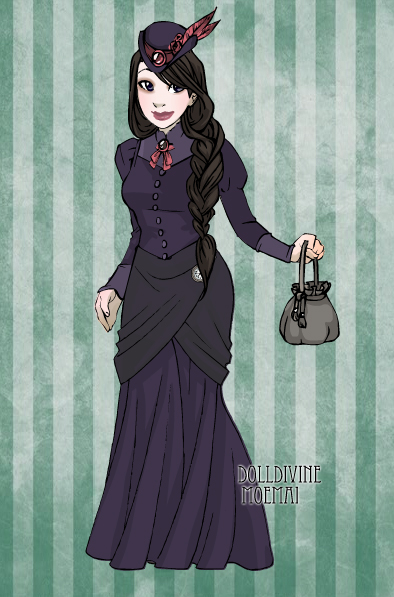 The first doll, just playing around

I started just playing around to see what the game would do – this game is called Victorian Butterfly, and it’s rather cute! 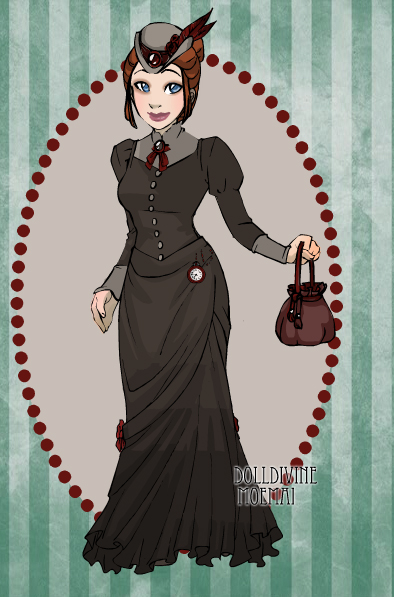 The second doll, when I started thinking about using it as an inspiration tool

Next up I actually thought about plugging in something I would actually make. Oddly enough, it’s not too far off from the first one! I tried different variations (with pants and other things) and still kept coming back to this kind of look.  I thought that the skirt (without the apron-thing) would be more flattering, though the leg-o-mutton sleeves aren’t really my thing.

Then there was another game, called Clockwork Couture (isn’t there a clothing name called that?). (p.s. yeppers there is!)  You can also play this on Deviant Art if you’re so inclined – I had hoped that maybe there would be more items, but nope.  If you don’t want to play, just go for the game’s music… I had it playing on my computer for an hour or so, even though it’s on a loop.

The graphics are probably the best thing about this game – the selection of clothing is small compared to the other two, and you can’t change the colours – but they are so beautifully drawn!  My only challenge, is that although the individual pieces are great (both Steampunk and fashionable, without being overly costume-y), I found it  hard to find things that really went together well from my perspective.  Another cool thing though is how well-transformed the clothing is by some interesting accessories. An interesting dress goes from a party dress with the addition of stockings, boots, belts, bracers, a jacket, or a hat – to a cool Steampunk look.

BTW, the same artist has an awesome pirate one too, called Polkadot Pirate.  Hmmm it makes me wonder about an airship pirate look…

The fourth doll with beautiful artwork.

The third game is called Steampunk Costume Creator – which has nice artwork (not as amazing as the previous game, but certainly beautiful!)  The best part is that there are a LOT of different fashion items, so there is a wide variety of looks.  It’s all colour-coordinated too, since it’s all in shades of brown, taupe, white, and black (with the exception of one pair of red-pink stockings).  You can adjust the item though with the Dark, Medium, Light selector.  The only problem that I have with it, is that you HAVE to use a corset, and it ALWAYS goes over top of the shirt.  Unfortunately this  means that a lot of the super-cute vests and shirts aren’t really workable, since they are always working with the corset.  That being said, there are some super-cute pieces, and some great accessories.

Have you found any other digital ‘paper’ dolls that embrace the steampunk aesthetic?  Let me know in the comments below!