The Volva at the Saga Museum

Please note – lower in this post I’ve photographed a wax model which includes a bare breast. I don’t think there’s anything wrong with it, but if you disagree, you might want to skip this post.

Close up of the Viking Age costume

In the entrance of the Settlement Museum there were a few interactive activities, mostly geared towards children. One was a list of runic characters suggesting people could write their name in the runic “alphabet”, another was small models of the buildings from the area during the Viking Age to lay out on the table as they appeared on site, one was a Viking game Hnefatafl and then two more were on the computer.

While the first computer game was putting the order of building a long house in the order of construction, the second one was a bit more up my alley – selecting clothing and assigning it either to a 19th Century or 9th Century woman in Iceland.

The way the game is intended to be played means that you have to put an item on the character. In my reading so far it looks like Viking women in the British Isles wore headscarves, but heathen Viking Age women didn’t on a regular basis (by grave findings at least). Likewise, the underdress is trimmed at the hem – again my research thus far suggests that no trim at hems have been found. The necklace on the Viking Age woman is also unique, and lastly I haven’t seen research for sideless apron dresses as displayed in the game.

On August 15 I posted about going to an interview to teach a class on wire-wrapping.  I did not have a lot of information going to the interview, and it actually turned out that the shop owner had an original teacher for this class who was unavailable – hence she needed a very last-minute substitute teacher.

She had a small display (above) of the completed project, and the following day… I was teaching the class! There were 10 participants, and each of them picked out their own beads, components, supplies and findings. Some of them had their own tools, but the shop also supplied some other tools straight off the wall for those without their own.
END_OF_DOCUMENT_TOKEN_TO_BE_REPLACED

I’ve gone out to a few SCA events, but as of yet I haven’t chosen a “persona”. However, part of this includes selecting a persona name which has some authenticity. With that in mind, when I saw that at the Iceland National Museum in Reykjavik that they had a list of names and nicknames from 800-1000 in Iceland. 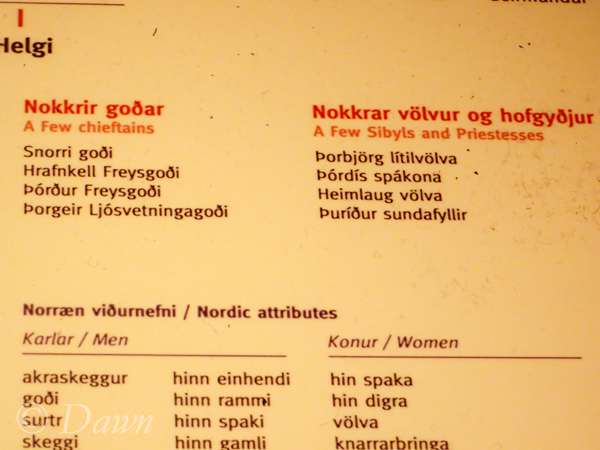 Display of common names  for Icelanders living during the VIking Age

Display of Celtic names for Icelanders living during the VIking Age

Common names for (Scandinavian) men and women 800-1000 in Iceland

Full screen from the museum 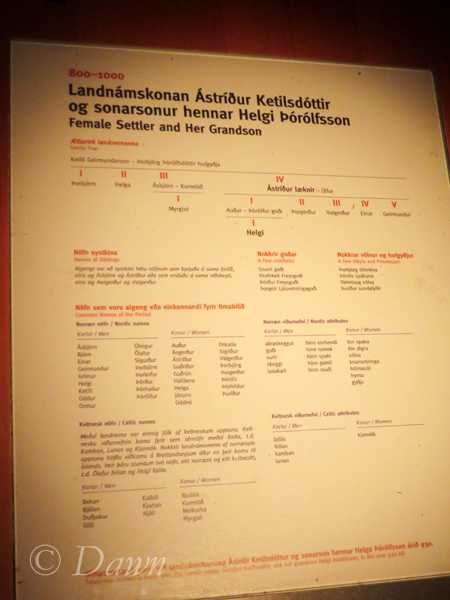 Today I’m going for an interview with a local bead shop for the chance to do some teaching through their shop. The friend who made the introduction said that they were looking for wire-wrapping for the next class, so I pulled together some samples from my ‘stash’ to bring to the interview – and if I get the job, for samples for the class to see.

For the class I also pulled together a few brochures on how to do some techniques like the free-form style, the cage-style, and the coil-wrapped bracelet style. After the class is over I’ll try to post the instructions here on my blog too! Let me know in the comments below what you’d like to see first!