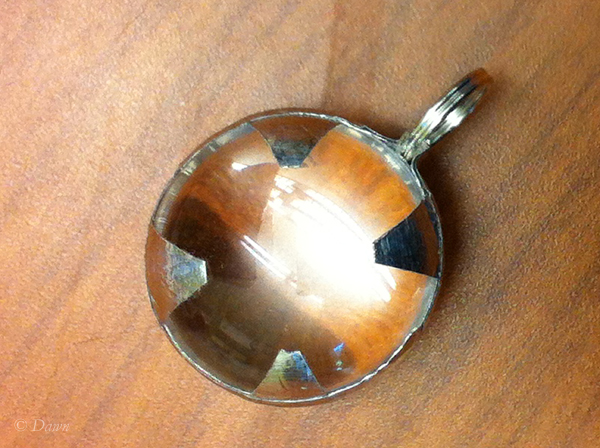 For that “big project” I mentioned earlier, I wanted to make a pendant similar to Viking Age finds – specifically a crystal pendant.

There are a lot of reproductions available for sale, (and I have one on order from a jeweller in Poland!) but I kind of wanted to make my own crafted item, so kept my eyes open for full crystal spheres. I couldn’t find one in time, so ended up finding two Czech crystal domes instead. 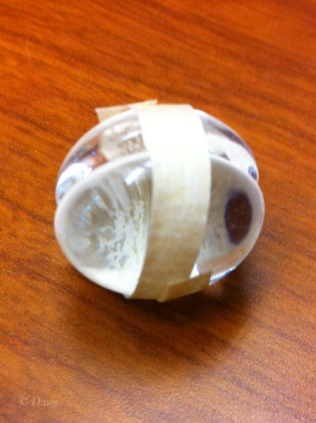 Taping the crystal half-domes together 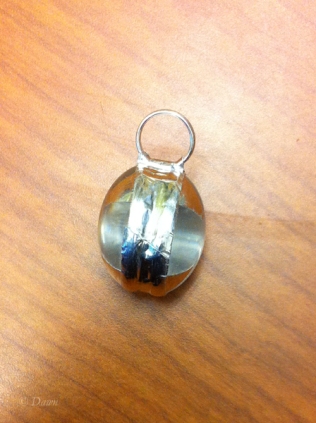 side view of pendant

To start off I taped the two domes together with masking tape. I would have liked them to have a sharper edge, but these are smooth and rounded instead. From there I wrapped the edge with adhesive metal foil, cut triangles from the foil, and added in a split ring before doing a second wrap, securing down the triangles.

From a distance, it looks very much like the photos of the original find – which I’m really happy with! 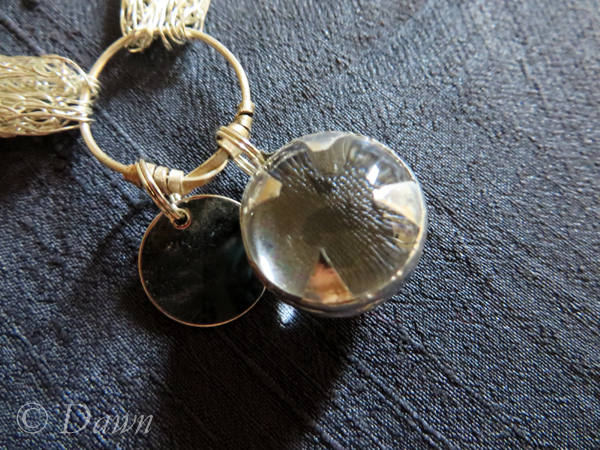 Sneak preview of the project I’ve been talking about – featuring that crystal pendant!