Grant of Arms for A&S

I only realized while writing the post about Twelfth Night that I hadn’t posted about getting a Grant of Arms (an SCA thing) at Montengarde’s Samhain event. (November 7, 2015)

Writing on the back of the award – need to update the spelling of my name!

This is a follow-up to the Award of Arms I posted about earlier.

I found that a SCA member caught a few photos of me receiving the award, and since the album is posted publicly, thought I’d share one of the photos here. In the photo I’m wearing my woolen Viking Age ensemble (a green wool underdress and a blue wool overdress/apron dress), plus the red sash is part of the regalia as the current (at the time) Arts & Science Champion of Montengarde (the Barony I live in) The art & painting is by the current Baroness of Montengarde 🙂 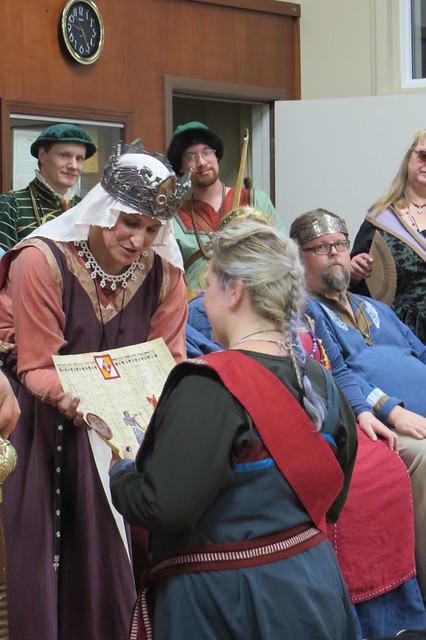 She also caught a photo of the A&S display and round-table that I hosted at the event: 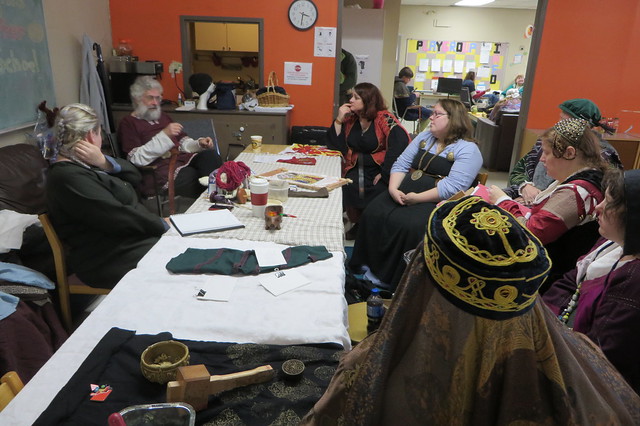 //embedr.flickr.com/assets/client-code.js(Which was accompanied by Alice’s Bardic round table discussion as well)