As mentioned in my previous post, like at Twelfth Night, I wasn’t able to take much in the way of photos at Avacal’s Coronation and the Kingdom Arts & Science Championships because I was swamped trying to do other things. Luckily, one of the local photographers (Beothuk)took MANY amazing photos, and published them publicly online.

All photos are direct links from his Flickr feed – if he removes them, they’ll break here. All copyright his.

I opted to wear my Finnish Iron Age costume for my presentation (using my early attempts at the coil-embellished apron and necklace while the updated, more accurate versions were on display for the judges to touch and feel). For Court in the evening though, I swapped out and wore the updated versions. Beothuk got a few photos  (I didn’t get any!) 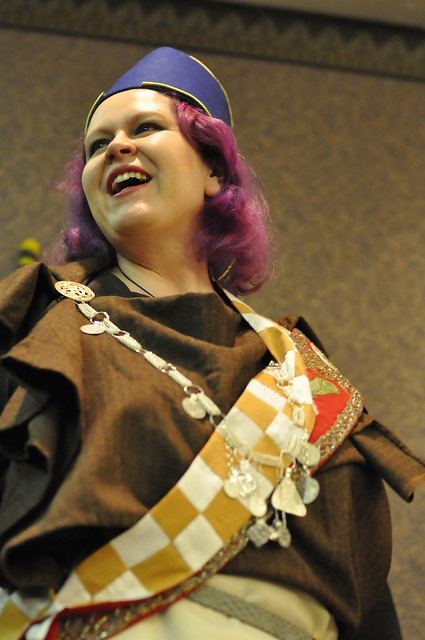 //embedr.flickr.com/assets/client-code.js
Court was pretty much hilarious all the way through – I don’t think that there was a single time I wasn’t laughing.

Photo above was after I was named the Kingdom Arts & Science Champion. Below is before (one sash versus two) 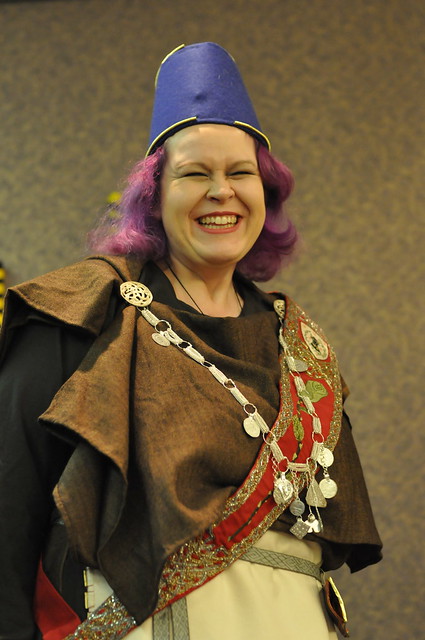 //embedr.flickr.com/assets/client-code.js
The super-pretty red sash is because I was the Baronial Arts & Science champion as well. 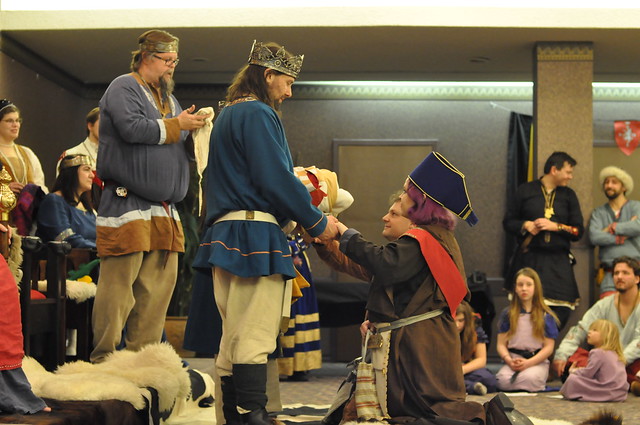 //embedr.flickr.com/assets/client-code.js
The photo above was being awarded the championship by the new King and Queen. You can kind of see the coils and fringe of the hat.

2 comments on “Beothuk’s photos from Coronation”