The other day I shared some photos someone else took at Kingdom A&S at Coronation in February, today I’ll share some photos with you that I took from the event.

Silver necklace
My three pieces included a pair of naalbound mittens, a necklace in the style of a 11th century Finnish find, and a Finnish Iron Age spiral-embellished apron. 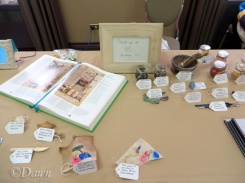 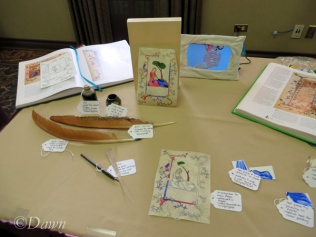 Another competitor from Saskatoon had some gorgeous work to share. She also did a little show with her cutwork paper shadow puppet, and had another puppet that was a work-in-progress.

A third competitor had entirely bardic entries, so she did not have a table set up. She, like me is from the Calgary area. 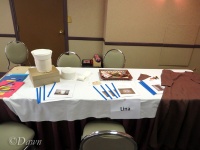 Lina’s display
I don’t know much about the final competitor, but she also had a really great display of her artistic work.

There was also a Laurel’s display, where the newest Laurel put together little books illustrating the work done by the Kingdom’s Laurels. Some of the Laurels brought out tools of their trade, while others brought portfolios of their work. 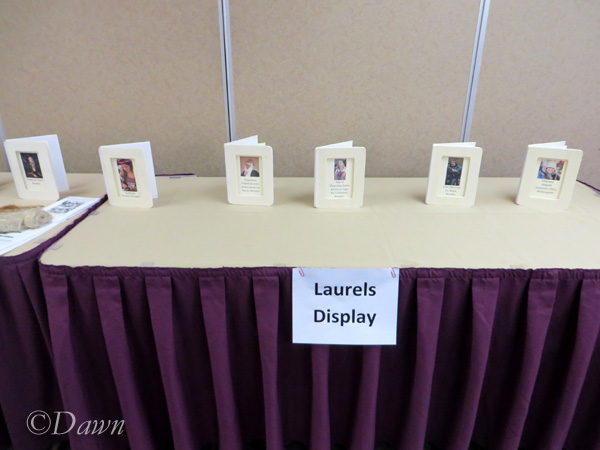