In my previous post, Short-notice German garb, I showed a number of paintings that were helping me decide on what direction I wanted to pursue for a future German outfit. I decided between the Cranach-style (Saxon gown) and the Landsknecht-style… deciding that I wanted to try the Cranach style instead.

END_OF_DOCUMENT_TOKEN_TO_BE_REPLACED 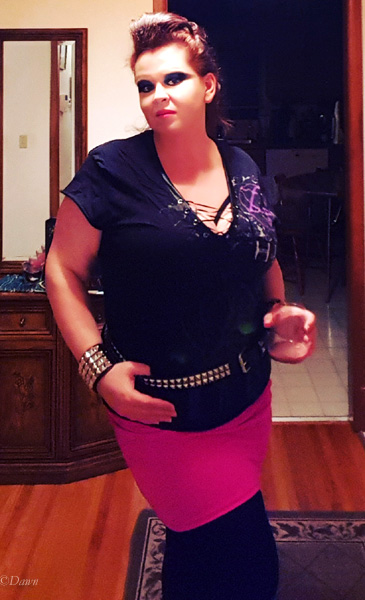 I had a long weekend for Christmas, but didn’t get much sewing done… but on December 31 I realized that the outfit I was going to wear to a New Years Eve party wasn’t going to work… so off to the sewing machine!

END_OF_DOCUMENT_TOKEN_TO_BE_REPLACED 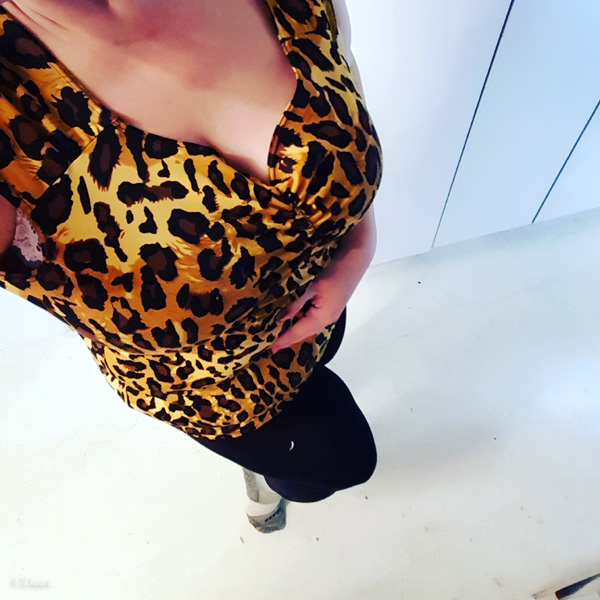 One of the great things about knowing how to sew is being able to make JUST the right item… I bought a retro-style top at a shop in black… but really wanted it in something a bit more fun – and had this leopard-print spandex in my stash. That meant knocking off the top pattern and making my own top!

END_OF_DOCUMENT_TOKEN_TO_BE_REPLACED

After a year and ten months serving as Montengarde’s A&S champion (Emerald Rose) I was happy to host the competition to find my replacement at Twelfth Night.

Montengarde is the name of the Barony in the SCA – it’s the mundane city of Calgary, Alberta.

I had four individuals enter for the chance to win the honour of being the next Emerald Rose. Each of these individuals offered two entries. Additionally I had three single-entry 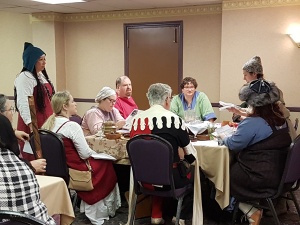 One of the two sessions in the second half of the A&S competition at Twelfth Night in Montengarde.

competitors. These individuals were looking for the chance to show their work and get feedback, but were not competing for the title. Entries included: 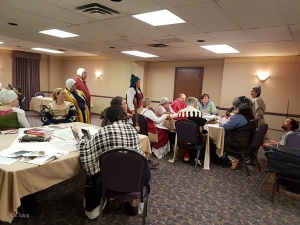 Many people came to hear the presentations – beyond just the judges at the A&S competition at Twelfth Night in Montengarde.

I was really excited at how many entries there were, and how many of them were culinary entries. While culinary isn’t an area I’m particularly well-researched in, I have heard over and over how it’s one of the more difficult subject areas to compete in (alongside research papers and bardic entries) and so I’m super-impressed that the participants opted to put their efforts into this for the competition!

END_OF_DOCUMENT_TOKEN_TO_BE_REPLACED 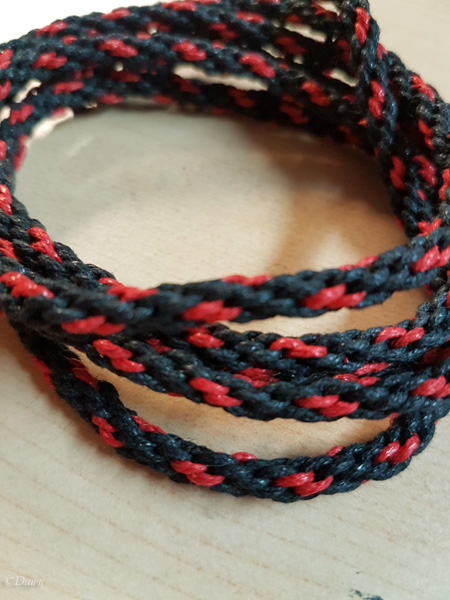 It’s been a while since I made kumihimo cord, but I needed something pretty and meaningful for a gift, so I pulled out my disk, and did a six-strand cord with two strands of red and four black.