Right now I don’t have much that could go in an Ottoman-themed box to accompany my Ottoman-inspired costumes (16th century) but since I was on a wood burning (pyrography) kick I thought I’d do one for this costume as well.

I really could have done a much smaller box though, since because all I really have is a necklace and a belt (the huge tarpus hat likely won’t fit in here without crushing it and risk creating a possible permanent fold). So, I might end up trying to sell this or give it as a gift.

The motif is super simple; a circle with three smaller circles inside of it. It’s a frequently repeated motif from Turkish Ottoman Empire textiles (and similar to the block printing on my costume). The white and red fabric below is from the Victoria & Albert Museum, and is listed as “elvet fragment, ca. 1450-1550 (made). Fragment of velvet with ball-and-stripe motifs, Turkey (probably Bursa), 1450-1550.. Museum Number 356-1897” 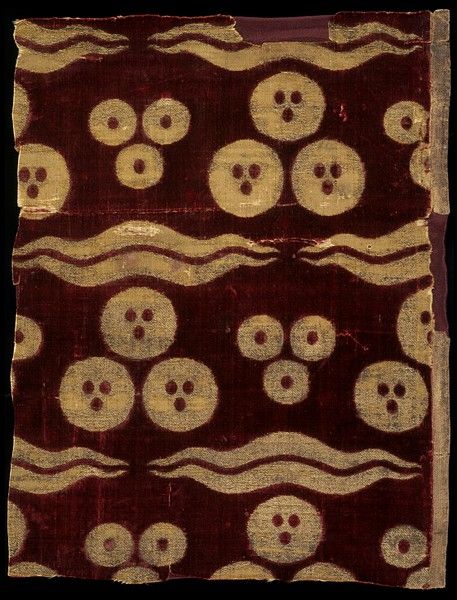 If I had been a little more ambitious I might have tried the Chrysanthemum motif also found on Ottoman Empire textiles, but the idea of alllll those little sawtooths just seemed 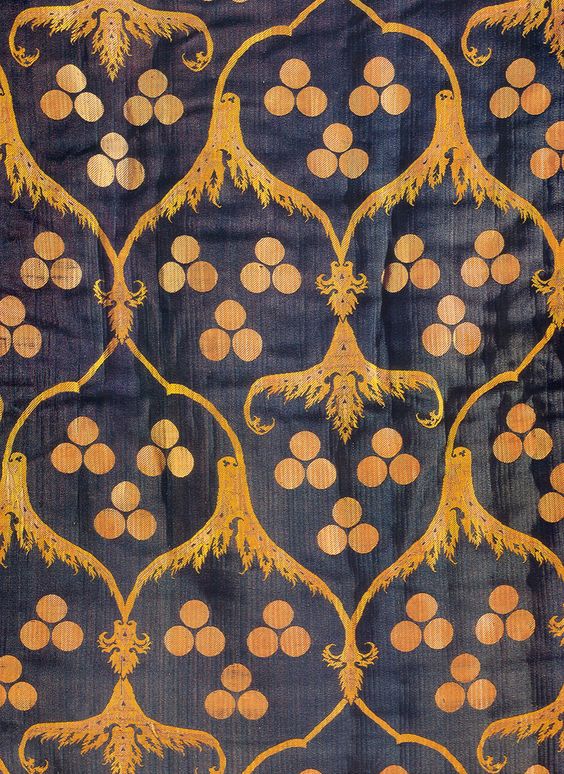 Ultimately thought, it might have been easier! Keeping the flow of the hot pen in endless circles became very challenging given the grain of the wood – straight lines are way easier!

I ended up adding a few small dots onto the circles to add texture for the stain to pick up, and continued the pattern in part onto the front of the box. This way if I stack the boxes in my closet, I’ll be able to tell which one is for which costume a little easier.

My latest round of #woodburned boxes have been stained and are now hanging up in my garage to dry. This is stained with the colour "mahogany"… it's a bit darker than I hoped for… but I kind of like how rich it is! . 🎨👗🎨 #pyrography #medievalCraft #woodburning #Avacal #diy #crafts #workInProgres #WIP #CostumeBlogger #CalgaryBlogger #costumer #costumersOfInstagram #ottomancostume #cosplay #cosplayblogger #reenactorsOfInstagram #reenactment #reenactorLife #medievalart #SCA #mysca #SocietyForCreativeAnachronism

Two of my small pouches and the necklace for my Ottoman Empire Turkish costume – inside my new pyrography bling box.