After my first round of wood-burned bling boxes, I decided I really wanted to make more – one for each of the costumes I currently have to hold small things like jewellery, belts, etc. I also decided it would be a good idea to decorate not just the lids of the boxes, but also the fronts – so when I stack them on a shelf, I can tell what is in each at a glance.

One of the costumes that has quite a bit of jewellery is my Italian Renaissance costumes. This includes the red and gold striped dress (Gamurra), the gold and black over dress (giornea), the red and gold overdress, the green dress, and the teal velvet overdress to start with… with plans for a few more elements to come…

I enjoyed working on the viking themed #woodburned boxes so much, that I decided to make a few more. This one is based on a portrait sketch from the #italianRenaissance. The source online suggested that it might be a portrait of Giovanna of Milan & Aragon. I thought it might be easier to base a wood burn project off a sketch than a painting, and I'm quite happy so far as how it is turning out. I plan to use the finished box to store the #jewelry for my Italian Renaissance costumes. . 🎨👗🎨 #pyrography #medievalCraft #woodburning #Avacal #diy #crafts #workInProgres #WIP #CostumeBlogger #CalgaryBlogger #costumer #costumersOfInstagram #cosplay #cosplayblogger #reenactorsOfInstagram #reenactment #reenactorLife #medievalart #SCA #mysca #SocietyForCreativeAnachronism #renaissanceCostume #italianCostume

I chose to find an image online – a line drawing of a portrait sketch from the Italian Renaissance. The portrait is from a later time period than I portray, but I like the image, and thought it would give a nice look-and-feel for the purpose of the box. The source suggested that it might be a portrait of Giovanna of Milan & Aragon. I thought it might be easier to base a wood burn project off a sketch than a painting. 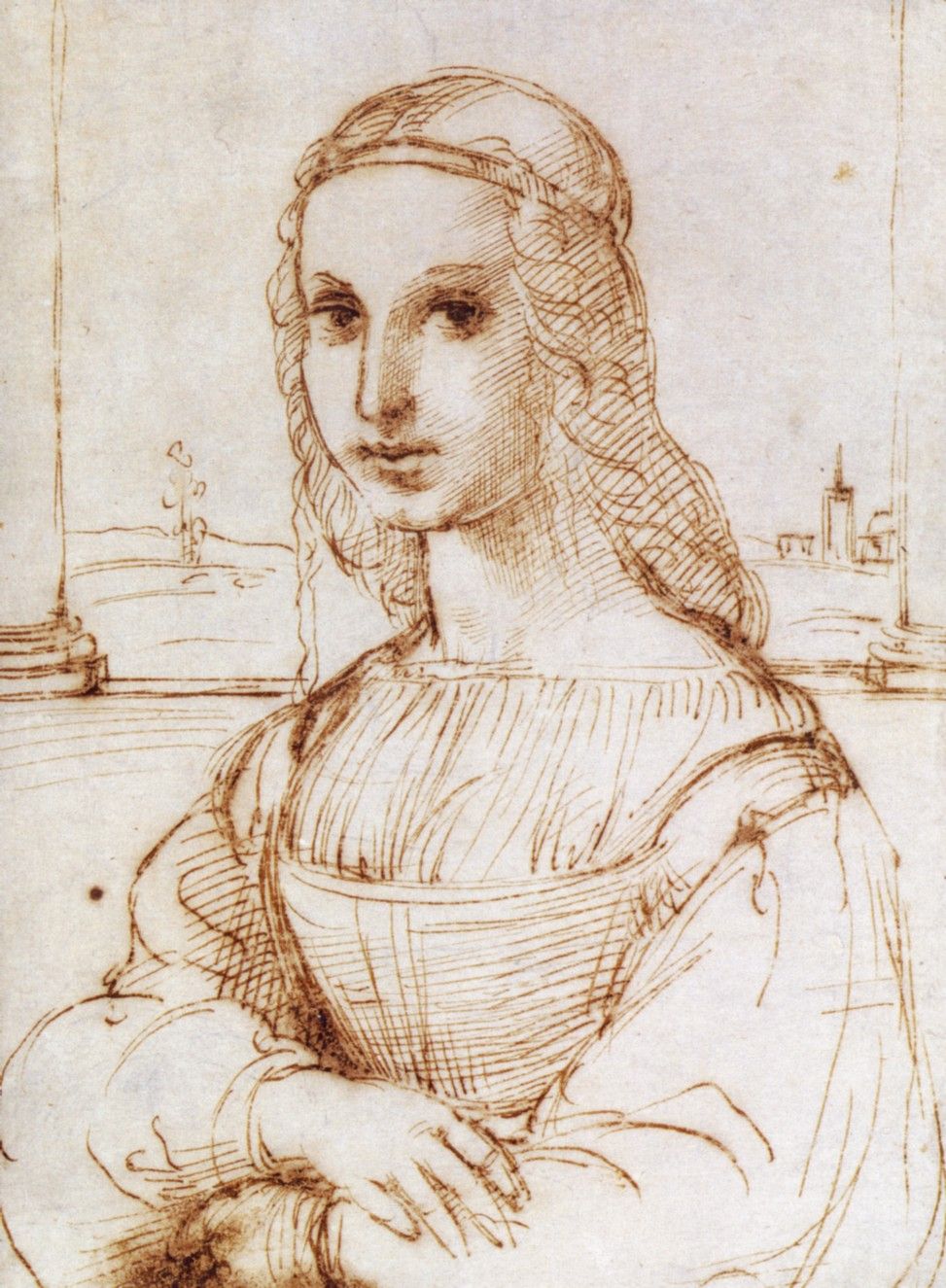 Possibly Giovanna of Milan and Aragon, Duchess of Paliano – direct link from Pinterest

However, the source is a Pinterest entry, which doesn’t bode particularly well for the accuracy of the description, and no artist was noted. Since I am not doing this for an A&S entry or anything like that.. I’m fine with just using it as-is because I like the image.

Front of the box

For the front of the box, I considered a number of different options. At first I thought of repeating the columns from the background of the sketch – but thought that might look odd… Then I thought of adding a few other Italian Renaissance portraits – until on a lucky whim, I came across a blackwork pattern! 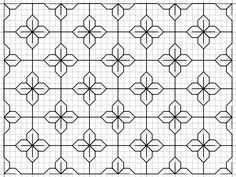 I looked up a few more blackwork patterns, including this Pinterest board, and picked this design, which happens to be the same design our teacher from the first blackwork class I took taught us!

… and then I took a detour.

I still couldn’t get the idea of using a portrait on the front out of my mind… but I liked the blackwork too. So what if I combined them? I ended up finding three different images online, based on period artwork, but changed into ‘colouring book’ pages on digital colouring websites (What a boon!!! I need to remember try that search term again!)

Interestingly enough, in Period and SCA wood finishes, from Stefan’s Florilegium, contributor Carllein recollects a reference to blackwork style patterns burned into the rafters of a Tudor (or perhaps Elizabethan) house as decoration, perhaps done with a hot fireplace poker. There is also a well-cited article on the forums about pyrography itself.

Lady with an Ermine 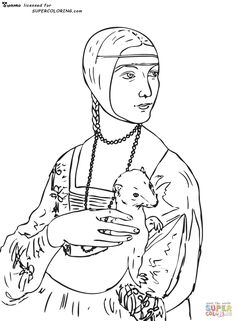 The first image was based off Lady with an Ermine by Leonardo da Vinci from 1489–90. The image was from SuperColouring.org. 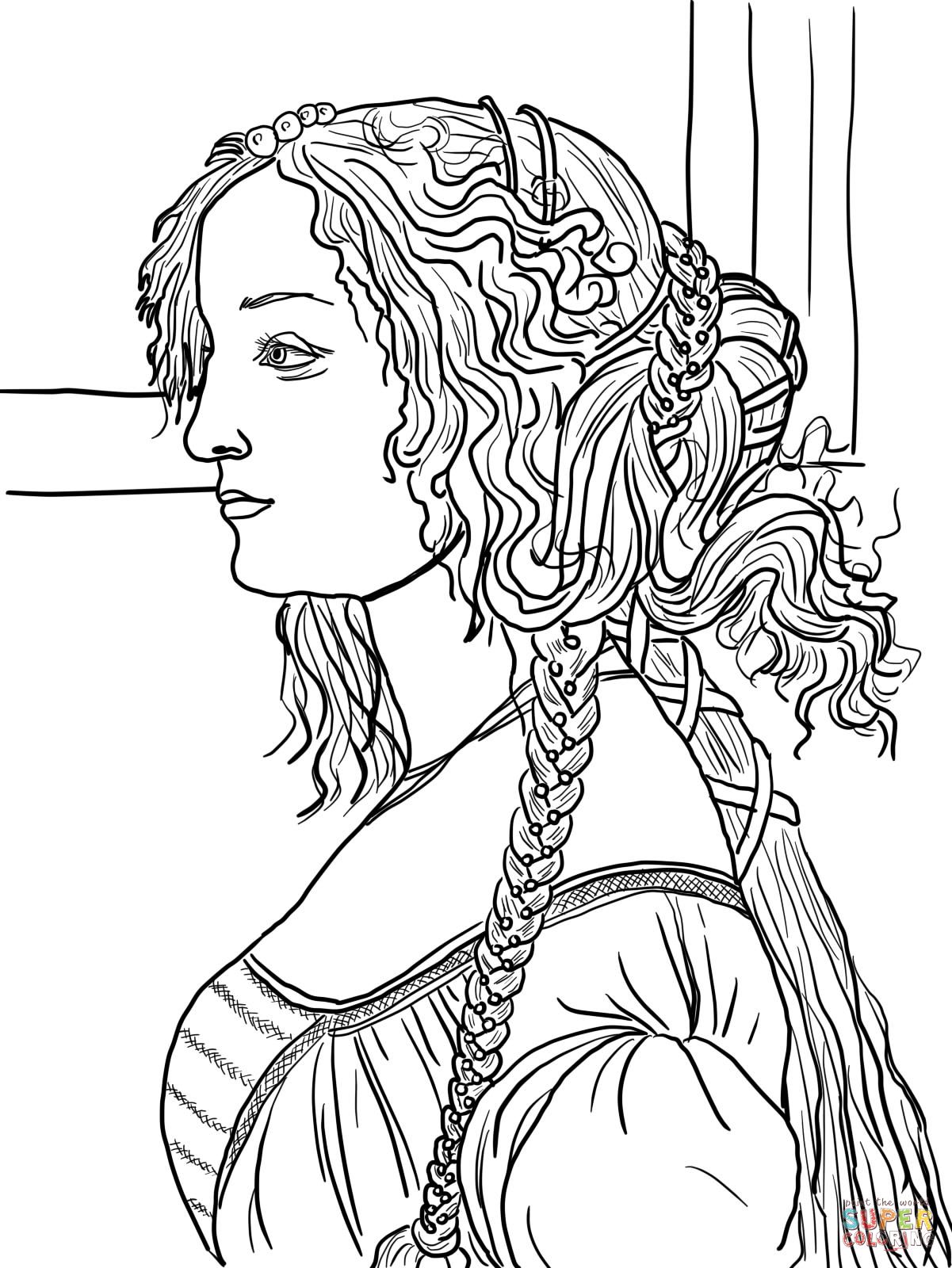 The next image was Portrait of Simonetta Vespucci from the workshop of Sandro Botticelli from the mid-1480s. This image also came from SuperColouring.org.

The Birth of Mary

The third image is a colouring page with a male and female figure. I needed to crop out the man, and change the scale of the female figure to be a head-and-shoulders portrait like the other two images.

This image was from Colouring Pages For Fun, and is dated c. 1460. I believe that the female figure is taken from Domenico Ghirlandaio’s The Birth of Mary (1486-1490) however. If it is, it’s not a sketch photoshopped from a painting though – since the person in the painting (Ludovica Tornabuoni) has a slightly different head position, and the orientation of the necklace is different. Likewise, the print on the fabric is different in the painting.

Since I don’t really have a great memory for male portraiture… I don’t recognize the man in this colouring book – the Birth of Mary doesn’t have any men in the painting.  If you know where this comes from – let me know in the comments below!

Although I loved the dark stain that I used on the Ottoman and Byzantine boxes, I was really nervous about losing all the detail of this box to a too-dark stain. I opted instead to use the Tudor stain I had used on the Egyptian box. It has a sort of ‘aged’ feel to it, while still being light enough to see the detail of the burning.

I did one coat of stain followed by one coat of clear satin varnish to protect it against liquids/etc that the box might accidentally come in contact with. I stained the inside and the outside of the box.