After looking through a huge bundle of beads specifically seeking out beads similar to Viking Age examples, I had a LOT of beads leftover. I arranged to share a lot of these with fellow crafters, but I also thought I’d go through a few OTHER periods that I costume for, and see if there were any other necklaces (etc) I could make with all of these beads… END_OF_DOCUMENT_TOKEN_TO_BE_REPLACED

The December 2015 Historical Sew Monthly challenge is Re-Do, so for this challenge I’ll be going wayyyy back to May.

December – Re-Do: It’s the last challenge of the year, so let’s keep things simple by re-doing any of the previous 11 challenges.
May – Practicality: Fancy party frocks are all very well, but everyone, even princesses, sometimes needs a practical garment that you can DO things in. Create the jeans-and-T-Shirt-get-the-house-clean-and-garden-sorted outfit of your chosen period.

For my second ‘practical’ costume, I’m opting to make a costume which seemed very practical when my fellow SCA members wore it this summer; during a very hot stretch and long days outside, many women switched out of their later period costumes, and opted instead for loose robes from ancient Rome. While originally these robes might have been in wool, most of the ladies opted for linen (with a few choosing wool or cotton instead) and I decided in the interest of practicality (and staying cool under the hot sun… which will be back NEXT summer) to go with linen as well.

END_OF_DOCUMENT_TOKEN_TO_BE_REPLACED

In late July/early August I came to the realization that I really needed to tidy up my sewing space and get piles of fabric OFF my cutting table (so I could use it to cut and sew!) and get them all put away. This… didn’t go well.

I honestly have sort of run out of room to put everything, which is both wonderful and terrible. I really need to make up more of my fabrics into the beautiful things I imagine they’ll become, and stop buying fabric until I make some more room.

END_OF_DOCUMENT_TOKEN_TO_BE_REPLACED

August 8 I went to the Brooks Medieval Faire (in Brooks, Alberta). It’s not a SCA event, though there were a few people and displays by folks from the SCA, both from the local area, as well as people who travelled from other Baronies and Shires.

I started checking out the Living Backwards area, as well as three other encampment areas on the north side of the grounds. There were a few demonstrations going on, but either I didn’t see much in the way of signage – or there wasn’t any – so I think I might have missed a bit. From there we went to the Fighting Eric and Kids Eric, watched some jousting, and then headed to the food court area. 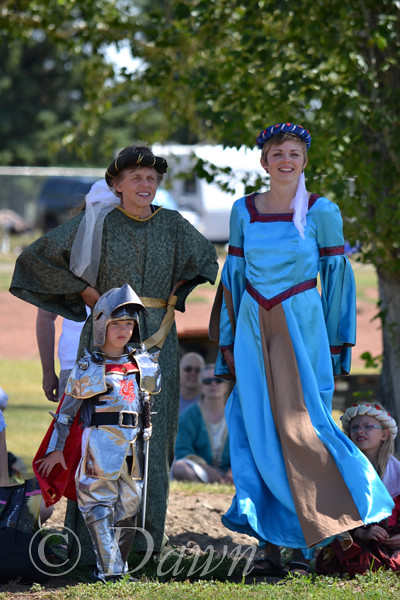 There was a huge selection of food trucks and stands at the Faire this year – which was awesome – so much to choose from. The person I went with chose a Salted Caramel Gelato from Cravings Artisan Gelato, while I had  a shaved ice from Cool Beans.

After food, we went to the artisan’s hall to look at drawings, paintings, and pottery (as well as a small stand of beaded jewellery). Most of the art work was modern in theme/design, though the pencil drawings were largely of “medieval” themes; dragons, knights, etc.

From there, we headed into a shady spot, and my companion sat down with a good book in the grass while I went into the Artisan’s Marketplace. There were a few interesting shops (including a number of merchants that I recognize from other events) and I ended up picking up some lovely things from Master Ark.

The first thing that caught my eye is this miniature replica of one of the crystal spheres from Gotland. I made my own DIY crafted version a while back, but this is really lovely. I would like a larger version… but this was too pretty to leave behind! I might add it to my Trichinopoly Finnish necklace, or save it for a beaded necklace when I get a few more period-appropriate beads.

This is sterling silver with a quartz crystal sphere. Similar spheres apparently have also been found in Saxon graves, and other areas as well. The seller mentioned that flat discs (lenses) have also been found (they had a pair of earrings in that style available too) and I’ve also seen long ‘capsule’ like ovals as well online.

So many of the ladies have opted to go Roman for the super-warm weather events, and while my Norse Viking Age costumes are quite comfortable (at least more so than the later-period things!) I have held off making my own not because of that – but because I needed the jewellery!

The next thing I purchased were the small, simple Roman bow fibulae above. (Bronze with a stainless steel pin.) 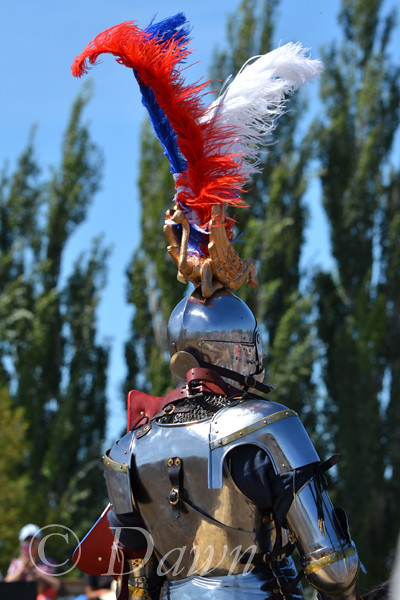 The next item, were this pair of Roman bird (Raven in this case) fibulae.

These are so wonderfully cute.. (Bronze with a stainless steel pin.)